By continuing to browse this site, you agree to the use of cookies to identify your session.
Privacy Policy?
Agree and close
Current Projects
The Sensorium of Animals →
Publication 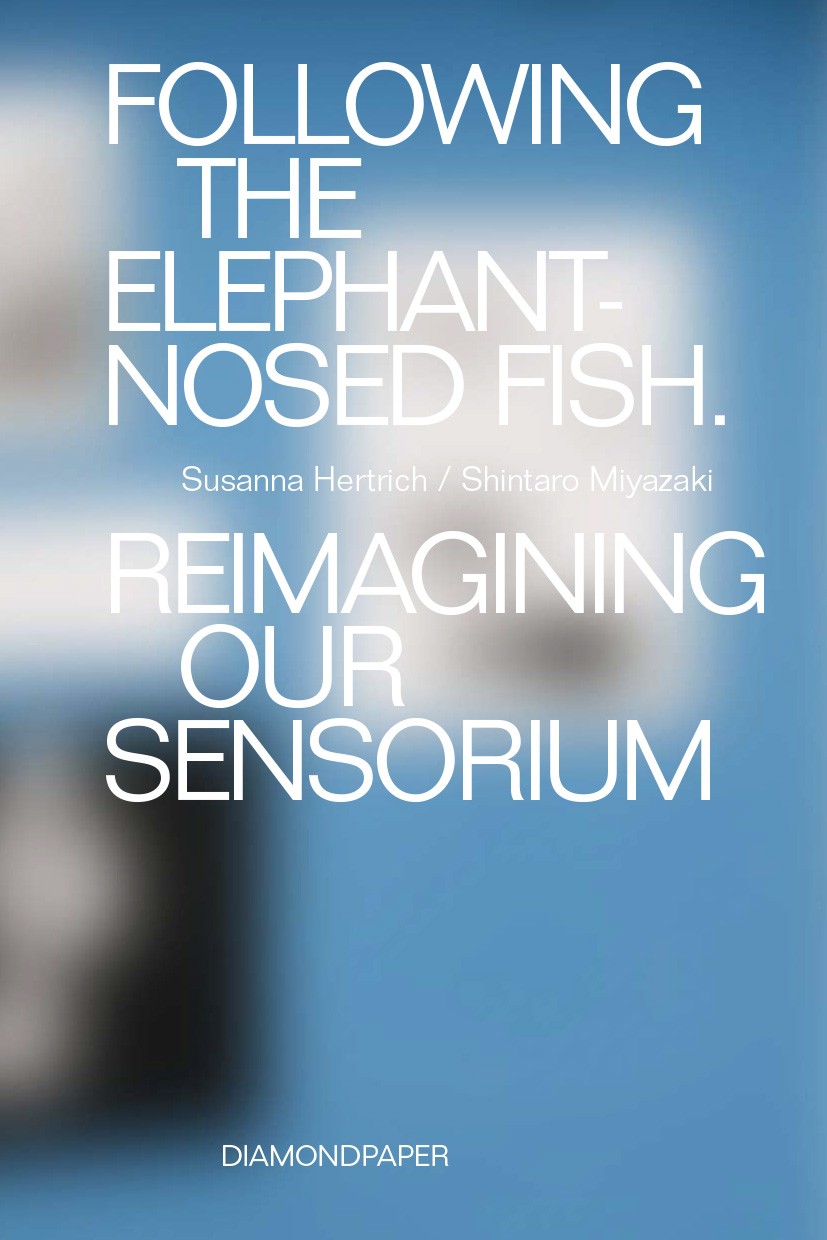 This book presents an artistic research project called “Sensorium of Animals” that comprises media archaeological studying, technological experimentation, an art installation, and two short films. The project was conducted by Susanna Hertrich and Shintaro Miyazaki from 2016 to 2019 at the Critical Media Lab, Institute of Experimental Design and Media Cultures, at the Academy of Art and Design FHNW in Basel, Switzerland.

We were inspired by the elephant-nose fish’s sensory ecology – a species that can make sense of its environment through self-generated electromagnetic (EM) fields. We intertwined this fish’s cyborgian, even electronics-like trait with the seemingly immaterial worlds of our signal-based information technologies. We wanted to ask if it could be possible to engineer and cultivate the EM sense similar to that of the elephant-nose fish for the human sensory apparatus? What kind of future society would unfold through the design of such altered sensory capabilities? Or conversely, what kind of society would develop the necessity for such sensory capabilities?

The book mirrors this interdisciplinary research’s different approaches and divides itself into several parts. Part one presents itself in a twofold way a theory-poetry (a rhapsody) and a theory-fiction (a short fictional scenario of our future). Part two is an in-depth theoretical exploration of the research project and its contexts. This part also features selected project documentation, such as a selection of images, exhibition views and video stills showing the objects, graphics, and diagrams we created.

Or get a copy via the publisher:
https://diamondpaper.de/